Mammoth clone in Yakut: a "live" cell in exchange for technology from Korea

On Tuesday, the results of the Russian-Korean expedition, which was looking for mammoth remains in the permafrost suitable for cloning these animals, were summed up at the Yakutsk North-Eastern Federal University.

Near the village of Kazachye in the Ust-Yansky district of Yakutia, the expedition found mammoth wool with pieces of fat and several bones, including one with bone marrow. One apparently intact cell nucleus was found in the bone marrow using a high-resolution field microscope.

This is the only cell nucleus and became the reason for the sensational news that "living cells" of the mammoth have finally been found and now its cloning is a matter of technology and the very near future.

"I was alarmed that information about the "living" mammoth cells went out. I have already called Yakutsk so that they don't invent anything there," Alexey Tikhonov, deputy director of the St. Petersburg Zoological Institute of the Russian Academy of Sciences, who supervised the expedition from the Russian side, told RIA Novosti. 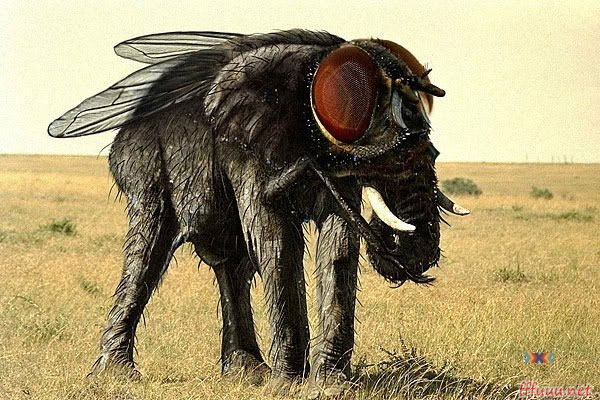 But although the cloning of the mammoth, apparently, is postponed indefinitely, the Russian-Korean expedition still brought a significant scientific and practical result.

According to Alexey Tikhonov, under the terms of the agreement with the Korean side, it will help provide Yakutsk University with high-tech scientific equipment and train its staff and students in the most modern molecular biological techniques.

"As a result, we will get a genetic laboratory in Yakutsk, which is much more important than cloning mammoths," says Tikhonov.

The last animals were found on Earth 3700 years ago, when the Bronze Age had already begun, in ancient Egypt they wrote hieroglyphs, and in Crete there was a Minoan culture, famous for the flights of Icarus and Daedalus (so in the text – VM), the labyrinth of the Minotaur and other, as they would say now, innovations.

The relatively recent extinction of mammoths and its conditions – the glacier advancing to the south – allowed us to hope that sooner or later a frozen corpse of an animal suitable for its revival would be found (about the revival, too, ask the author what he meant – VM). And after the successful cloning of Dolly the sheep, these hopes turned almost into confidence.

After all, the whole mammoth was no longer needed, for cloning the whole beast, theoretically, a single cell of it was enough, and from any place of the corpse - even from muscle or fat, even from bone or skin, even from a hair from the tip of the tail, if only this cell would come to life when thawed.

The Japanese, led by Professor Akira Iritani, who at that time was the director of the Institute of Advanced Technologies of the private Kinki University in the Japanese prefecture of Nara, were the first to come to the Russian Far North in the late 90s to look for such mammoth cells.

"In 1997 and 1999, the Japanese and I were looking for "fresh" mammoth corpses on Kolyma. No living cells were found, but a piece of skin was found, which Iritani took to Japan. I remember that there were a lot of problems with the export permit, especially waiting for the permission of the Ministry of Culture for a long time. But in the end, the skin turned out to be not a mammoth, but a woolly rhinoceros," recalls Gennady Boeskorov, Doctor of Biological Sciences from Yakutsk.

According to him, these expeditions in search of mammoths for cloning were funded by the Japanese.

Treasures of the Yakut catacombs Another attempt to find living mammoth cells in the permafrost was made this summer by South Korean geneticists from the Suami Biotechnological Research Foundation.

Their Russian partners were scientists from the Northeastern Federal University of Yakutsk. According to the head of the expedition, director of the Mammoth Museum at the University Semyon Grigoriev, they prepared thoroughly and acted for sure.

In addition to geneticists and paleontologists, the expedition included a film crew from the London company CB-films, which produces documentary programs for the BBC, Discovery, National Geographic and other popular TV channels. This time, an exciting documentary about mammoth cloning was commissioned by National Geographic. According to Semyon Grigoriev, it will be shown next year.

"We were looking near my native village of Cossack. Residents here have been digging holes in the ground for a long time in search of mammoth tusks. As a result, a whole network of underground passages hundreds of meters long, very interesting for science, was formed at a depth of 5-6 meters. Over the past three years, at least five unique finds have been made here. A dog aged 12 thousand years, a calf - 9 thousand years, a mammoth – 40 thousand years, as well as a horse and a bison, they were younger," says Semyon Grigoriev.

His calculation turned out to be correct. The expedition found mammoth wool with chunks of fat and bone with bone marrow in one of the underground passages. The bone was sawn and the brain was examined under a microscope, which the Koreans brought with them.

According to Grigoriev, under the microscope they saw intact cell nuclei in which the DNA of the organism is stored. The bone marrow samples were immediately placed in a Korean freezer. With their help, the expedition leader from the Korean side, Hwang Woo-suk, now hopes to clone a mammoth.

In 2007, he was dismissed from Seoul National University after being accused of falsifying the results of human stem cell cloning experiments, and in 2009 he was sentenced to two years probation by the Seoul Central District Court for violating bioethics and other transgressions against scientific and human morality. In particular, he was accused of taking eggs for his experiments from employees of his laboratory.

Formally, Hwang Woo-suk pleaded guilty to falsifying scientific facts, officially withdrawing an article from the American journal Science with the results of stem cell cloning. But he did not give up and continued his research already in a private scientific foundation.

Even his enemies admit that today he is one of the most successful cloning specialists in the world. In 2005, he managed to clone a dog, which neither British nor American scientists could do, and last year he cloned a coyote.

"Before signing the agreement on a joint expedition, my colleagues from Yakutsk visited Korea in his laboratory. She gave them the impression of solidity," says Alexey Tikhonov.

"And Professor Hwang Woo-suk himself gives the impression of a deeply decent person," adds Semyon Grigoriev.

"Anyway, he is a brave man. Risking his life, he climbed into a fifty-meter tunnel, where he could easily fill up. The locals break through their permafrost with the help of water pumps," says Tikhonov.

Elephant mammoth or mammoth elephant?"In fact, there was only one externally intact cell nucleus under the microscope.

The cells themselves as such were no longer there, not a single whole one. In addition, it is not yet known whose nucleus it is – mammoth cells or an extraneous bacterium," says Alexey Tikhonov. (The nucleus of a bacterium? A.Tikhonov made a slip here or the author of the article messed up – VM.)

According to him, whole mammoth cells have already been found by scientists from Novosibirsk, but when they were thawed, they blurred. It is almost unbelievable that when an animal dies, its individual cells remain alive until they gradually freeze. Cells freeze already dead or die when frozen from ice crystals formed inside them, which like razors, cut all living things in the cell, the scientist believes.

"These bacteria are able to encapsulate and remain in suspended animation for tens of thousands of years. In such highly organized animals as the mammoth, dead cells with fragments of DNA in them can only be well preserved. Such cases are not so rare. As of today, the mammoth's mitochondrial DNA, more than half nuclear DNA, has already been fully deciphered, and new materials continue to arrive. But it will not work to transplant the nucleus from a dead mammoth cell into an elephant egg and grow a mammoth clone," explains Dr. Boeskorov.

"There is another insurmountable obstacle. Even if it were possible to revive a mammoth cell and successfully transplant its nucleus into an elephant egg, the embryo would not form. These animals are too distant relatives. They are not even of different species, but of different genera. The Koreans themselves have shown that it is impossible to clone a fox inside the canine family using wolf eggs," says Alexey Tikhonov.

According to him, the maximum that can be done even with the perfect preservation of mammoth DNA is to create a transgenic elephant. That is, an elephant with mammoth genes included in its DNA.

"Neither a mammoth nor an elephant will come out, but it's unclear what," sighs Alexey Tikhonov, one of the most authoritative mammothologists in the world, scientific secretary of the International Mammoth Committee.

"However, science does not stand still. A few years ago, I would have said unequivocally that it is impossible to clone a mammoth. Not so confident now. Maybe it will work out someday," the scientist sums up.

A high-tech piece of wool from a mammothThe rise of the agro-industrial complex of the Russian Far North due to pastoral mammoth breeding with deep processing of its products is still far away.

But Yakut scientists have already managed to extract one real scientific and practical benefit from the lumps of wool, fat and bone marrow of the mammoth.

"There is a clause in the contract with the Korean side, according to which they pledged to help us set up a genetic laboratory in Yakutsk and train its staff and university students in their methods," says Alexey Tikhonov.

This, probably, can be the main result of mammoth cloning – Yakut clones of Korean molecular biologists. If they turn out to be viable and, in turn, bring fertile offspring of molecular scientists, which will grow into the Yakut scientific school of molecular genetics, then the mammoth cloning experiment can be considered successful.