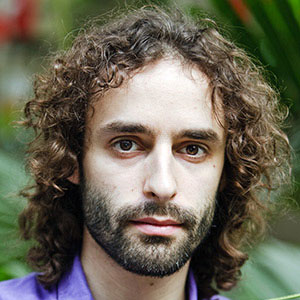 Dmitry Chudakov, Post-scienceFluorescence is not luminescence, it is not a property of creatures or substances to glow independently in the dark.

Fluorescence is the ability to absorb light at a certain wavelength and, with a delay of a few nanoseconds, emit it at a slightly longer wavelength. For example, absorb violet light, emit green; absorb yellow, emit orange; absorb orange, emit red. There are many such fluorescent dyes in the world, they can be synthesized chemically, and a lot of useful practical applications are made with them, but today we will talk about genetically encoded fluorescent labels.

Fluorescent proteins, which, being proteins, are genetically encoded, are produced by synthesizing a protein sequence encoded in a DNA region. Such genes, and, accordingly, such proteins are found in various marine organisms: in jellyfish, in coral polyps, soft and hard, in crustaceans, in lanceolates (chordates) – but for some reason they are found only in the sea.

They can be of various colors: green, red, yellow, blue.

They can be improved, and scientists all over the world are working to develop brighter or faster maturing, or more resistant to discoloration fluorescent proteins (just like any dye, they burn out under intense and prolonged irradiation, and this hinders researchers in their work).

Thus, we are not talking about a single fluorescent protein, but about a variety of different variants, natural and developed later by scientists - many laboratories around the world are working in this direction. You can take a section encoding a fluorescent protein, a small gene of 700 nucleotides, and physically transfer it to another organism, to a bacterium, to a line of eukaryotic cells, to a transgenic mouse, frog, animal – to anyone. And then this organism, this living system, will use this genetic material with its own cells and produce a fluorescent protein itself, in fact, label itself.

You can add a fluorescent protein gene next to a gene encoding some other peptide sequence, and get what is called a chimeric protein (fusion protein), in which not just a fluorescent protein will be read from the DNA structure, but a fluorescent protein carrying an additional peptide sequence, which, for example, directs it is placed in the mitochondria or in the nucleus, or on the cell membrane, or on the cell membrane under certain conditions. Under certain conditions, it will migrate, in response to some external stimuli, from the membrane into the cytoplasm or into the nucleus.

You can get a protein-fusion with any of your protein of interest while maintaining its functional activity, that is, as a result, in the cell, your test protein, which does something, is somehow located, will be labeled with a fluorescent dye, and the cell will produce this structure itself. Since there are many color options, you can mark a lot of proteins, carry out multicolored labeling and see how they are located in a living cell, and how their location changes during the life of the cell in response to some external stimuli.

It is possible (and this is a more complex and actively developing direction today) to make rigidly fused structures consisting of a fluorescent protein and some sensitive domains, for example, binding calcium ions, in a very precise and concrete way, and by the method of prolonged genetic engineering work to assemble such structures that, in response to the binding of calcium ions by these domains, are able to change its conformation (and as a result, the conformation of the fluorescent protein in part of the chromophore microenvironment, which determines its fluorescent properties) that the fluorescent signal will change many times and even dozens of times. And this is a huge field that is just beginning to develop, but the first (and absolutely fantastic beauty) successes have already been received.

Neuroscientists have always wanted to be able to monitor the activity of the cells of the nervous system, how they exchange signals, and which of them is excited in what order. And such genetically encoded calcium sensors today allow you to do perfect miracles: you can actually see in a live fish how it thinks, how a signal runs through its neurons. It's just visible, it's unclear, it needs to be dealt with further, but the fact that it's visible, it's already absolutely stunning beauty. Neuroscientists also used multicolored labeling. They applied such a system as combinatorial labeling, combinatorics in the color variants of fluorescent proteins, that is, in various neurons, in many neurons, an individual event or combination occurs in each of them, which randomly leads to the assembly, for example, of two genes of a red fluorescent protein, one green, three blue. And there are many such combinations of the ratio of the number of genes, they give thousands of shades, it may be difficult to distinguish them with your eyes, but with the help of computer methods it can be done, and you can trace the endings of neurons, their intricacies, how they spread, who interacts with whom. It's probably a very powerful tool for neuroscientists, but it's also stunningly beautiful. This technology is called brainbow, it's amazing just works of art.

A separate direction, also very interesting and actively developing, is the labeling of cells in the thickness of living tissues. It can be carried out using multi-colored options, but it is best to do this through living tissues, due to the absorption characteristics of the skin, hemoglobin, what is called far-red radiation penetrates best, this is the long-wavelength part of the visible spectrum, and the near, infrared range, which we do not see with the eye. In nature, fluorescent proteins of this type did not exist, for some reason they were not needed by living organisms, which invented and evolved these fluorescent proteins for some internal needs.

A lot of groups worked to get as far-red fluorescent proteins as possible, but at the same time, bright enough and maturing quickly, and low-toxic, so that it was possible to label living tissues in an intact mouse, to work out different things on a mouse model, primarily in the field of oncology. What is called transferable tumors, you can plant cells that stably express a far-red fluorescent protein, and monitor how this tumor develops, track how certain therapeutic approaches work. There are also much more complex models in this area, all this is already working live, and both scientists and pharmacists use it in their daily work.

For example, you have two types of tumor cells, and a tumor is rarely one type of cell, it can actually be a complex combination of different variants, you often have a combination of several types that depend on each other, and you can visualize one type of cell with a red fluorescent signal, the other – a green fluorescent signal, and you can also visualize the interaction, for example, of a ligand and a receptor, where they touch, because again fluorescent proteins can be used, and for this there are so-called variants of split fluorescent proteins. You take one gene, divide it into two parts, two halves of a fluorescent protein that are not capable of fluorescence by themselves – only where they meet each other, they will curl up, the chromophore will mature and a fluorescent property will appear, this can also be monitored. Then this list can be continued almost indefinitely, many and many beautiful technologies.

There are technologies that allow marking cells, depending on what stage of division they are at, with a green or red fluorescent signal using fluorescent proteins, with motifs that lead to their rapid degradation in different phases of the cell cycle. And on a live slice of tissue, you can see which cells are actively dividing and which are not dividing. This is already a fantastic beauty and clarity tool in order to explore different processes.

It is clear that progress in this area is still possible, although there are other alternative technologies that allow you to create genetically encoded variants in one form or another, leading to the appearance of a fluorescent signal. Well, it's just that the "palette" of good, bright options for multicolored labeling is not yet fully completed, that is, there is work for those laboratories that are working in this direction for another 5-10 years. And, nevertheless, we can say that, perhaps, the main, most important part has been done over the past 10 years. And the Nobel Prize, which was awarded in 2008 precisely for the discovery of fluorescent proteins and the development of variants based on them, summed up, to a large extent, a certain line under the fact that the foundation was laid. Already today we can see a lot of really working tools that have been put into practice in fundamental research, in many pharmaceutical companies working in biomedicine on certain cellular technologies, screening of medicines. In other words, the discovery, development and transition to practice really took place, and today you can already take and work and do amazing things.

The author is a Doctor of Biological Sciences, Head of the division of the Laboratory of Genomics of Adaptive Immunity
Department of Genomics and Postgenomic Technologies of the Institute of Bioorganic Chemistry of the Russian Academy of Sciences.