Based on the technology of somatic cell nuclei transfer, thanks to which the famous Dolly sheep was born, Japanese scientists from the Center for Developmental Biology, part of the RIKEN Research Institute, have developed a method that allows endlessly cloning mice. At the same time, animal clones have good health, and their life expectancy does not differ from that of normal mice.

As part of an experiment that began in 2005, researchers working under the guidance of Dr. Teruhiko Wakayama used the somatic cell nuclei transfer (PYASK) method to create, through 25 consecutive cloning steps, 581 clones of the original "donor mouse".

The essence of the method is that the cell nucleus containing the genetic information of the cloned organism is injected into a living egg, from which its own nucleus is previously removed. This method is successfully used both for research purposes and when working with farm animals.

However, until now, specialists have not been able to overcome the limitations of this method, namely, relatively low efficiency and a small number of successful repeated cloning of mammals. So, for example, cats, pigs and mice have not yet been re-cloned more than 2-6 times.

According to Dr. Wakayam, one possible explanation for the limited number of successful repeat clones is the accumulation of genetic or epigenetic abnormalities.

To prevent possible epigenetic modifications – changes in the functions of genes caused not by mutations, but by the attachment or detachment of chemical groups to certain parts of DNA – the researchers added trichostatin, an inhibitor of the histone deacetylase enzyme, to the cell culture medium. This manipulation increased the efficiency of cloning by at least 6 times.

The improvement of each of the stages of the PYASK procedure allowed the authors to clone mice for 25 consecutive stages without a visible decrease in efficiency. All the animals obtained during the study (581 individuals) were capable of reproduction, gave healthy offspring, and their life expectancy was approximately 2 years, which corresponds to the life expectancy of animals that were born naturally. 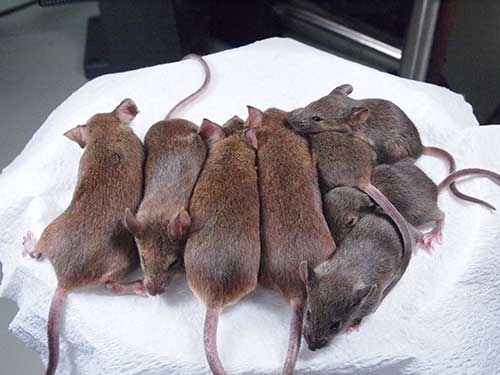 Clones of 24 and 25 generations

Dr. Wakayama notes that the approach proposed by his group can be applied in large-scale production of high-quality farm animals with the characteristics necessary for humans.

Article by Sayaka Wakayama et al. Successful Serial Recloning in the Mouse over Multiple Generations is published in the journal Cell Stem Cell.