Make the investor believe in you! 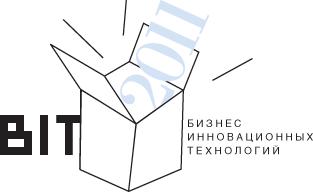 Under this motto, the entrepreneurial competition "Business of Innovative Technologies" (BIT) is being held in Russia for the eighth time. The success of the previous BATTLES is due to the fact that this competition allowed students and employees of leading technical universities, scientific organizations and business schools to bring innovative ideas to the market.

For the first time, the BIT competition was organized with the support of the MIT Russia Business and Technology Initiative in 2003 on the basis of leading technical and economic Russian universities: the Higher School of Economics, the Moscow Institute of Physics and Technology and the Financial Academy under the Government of the Russian Federation.

The purpose of the BIT competition is to initiate the creation of new technology companies, increase their investment attractiveness, bring them to the Russian and international venture capital markets and promote the development of a culture of entrepreneurship in the Russian high tech sector.

As part of the BIT, an educational program is conducted that allows participants to acquire the necessary skills to create a successful business, as well as team building events that allow entrepreneurs to find useful team members.

However, the main thing in BIT, as in the Olympic movement, is not victory, but participation, the opportunity to join the entrepreneurial ecosystem. By participating in the competition, each team will be able to acquire innovative and entrepreneurial skills, receive competent feedback from project mentors and judges of the competition, as well as "shine" in front of potential investors (the BIT judging corps includes representatives of the Russian and American venture investor community, business angels and entrepreneurs). The benefits of this will be undeniable. Well, if you win....

To participate in the contest, you must register on the official website of the BIT contest and fill out a preliminary application there.